Why is My Samsung Dishwasher Not Draining (With Videos)?

Let’s agree on one thing, no one likes to wash dishes, not even in a dream. That’s why dishwashers were invented. In 2023, many people who have dishwashers with great smart features are thankful that they don’t have to go through swarms of dishes every day, especially if they live in a large family. The most thrilling thing about owning a dishwasher is that you won’t have to deal with accidentally touching yucky food leftovers while washing dishes.

Unfortunately, although they’re quite close to perfection, dishwashers have their falls and aren’t almighty. They may get clogged, have electrical problems, or just stop draining out of the blue. Dishwashers not draining is a frustrating problem and can have you stuck for days washing dishes on your own until the repairman comes.

Some models of Samsung dishwashers have this persistent and annoying problem where the device simply stops draining. It can annoy a lot of people, especially if they haven’t worked with dishwashers before and want to make sure that they won’t break the device any further.

Luckily, with a bit of knowledge, patience, and craftiness, you should be able to fix this issue on your own. Of course, we’ll help you with that, because that’s exactly why we wrote this guide.

That being said, continue reading to find the cause of your Samsung dishwasher not draining, which will enable you to troubleshoot the problem and fix it on your own. Of course, if you feel like fixing the problem on your own is too much of a hassle, make sure to contact a repairman who can do an expert repair.

Causes of Samsung Dishwasher Not Draining

Luckily, most Samsung dishwashers are smart enough to notify you that something is wrong when they stop with the draining process. Usually, on display, you’ll find one of the error codes that are commonly showing up when the draining process has failed.

Those display codes may indicate that there’s something wrong with the filters, pumps, water inlet, or drain hose. However, you should be quite careful when examining these error codes and double-check to make sure you’re not mistaking them for some other code.

When there’s a draining problem with your dishwasher one of the following error codes will show up on the display:

If there’s no error code, on some rare occasions, you may spot the DELICATE lamp flashing, which is also indicative of draining problems within the dishwasher.

Editor’s notes: Keep in mind that sometimes, the draining process of the Samsung dishwasher is not to blame. These error codes can be false positives, which means that there’s no problem with the draining, but something else that was instead recognized as draining.

On rare occasions, it may be the Drain Sensor or Dishwasher ECS sensor that malfunctioned, which usually happens when the dishwasher stops mid-cycle. That’s where you’ll need to get a repairman because these parts can sometimes break and they need an expert to replace them so that they can co-function with the rest of the machine again.

Now that we explained the error codes and what to do if the codes are falsely appearing, let’s identify the causes of the Samsung dishwasher not draining and fix the problem.

Your Drain Hose Got Clogged

Samsung dishwashers come with a drain hose that gets rid of the wastewater that’s been already used to wash the dishes. It then flows into the sink and connects to your house’s grid. In some other cases, the dishwasher is connected to the same drain as the garbage disposal.

Your dishwasher deals with a lot of dishes every day, for months, for years, which eventually leads to clogs, and some bigger pieces of food being stuck. As the food waste grows, the pressure in the drain hose rises too, which means the draining process also gets more challenging.

Eventually, if enough big pieces of food flowed through the hose, it may get clogged, preventing the water from exiting the hose. The water flow stops, and the Samsung dishwasher can no longer drain. If the hose hasn’t been installed properly it may end up looping and twisting itself which leads to it being kinked. That can also restrict the water flow.

Editor’s notes: Let’s start with the hose. You will need to inspect it and check whether it was kinked or twisted. If the hose isn’t twisted or kinked, you’ll have to remove it to check if there were some clogs or blockages.

Of course, before you do that, make sure that the dishwasher has been disconnected from the power outlet as you don’t want to be electrocuted. Small items like plaque, foods, or other objects could be clogging the hose, or even being pulled into the hose from the garbage disposal.

Your Valve Has Worn Out

This may not be a big issue as valves are not too expensive, but more importantly, they last for a long time.

This issue usually happens with older dishwashers. This valve, also known as the check valve is located on the drain hose and it prevents the dirty water from coming back to the dishwasher. In a way, it helps channel the direction of water when it’s flowing.

Why would it malfunction? It’s exposed to the tear and wear that comes with using the dishwasher for a long time. Its constant exposure to dirty water can also cause it to get stuck in a closed position which prevents the dishwasher from draining water, resulting in the weird error codes you get.

Editor’s notes: Not always will the valve need a replacement. If it wasn’t subject to too much damage, removing and cleaning it will likely make the problem stay away. Now and then, something may get stuck in it, causing it the damage that will stop the draining process.

If you are handier around the dishwashers, you’ll be able to recognize if cleaning is enough. If not, putting it back in place after cleaning will help you see can it last some more. If the water drains properly now, the problem has been solved, if not, the check valve likely needs a replacement.

If you’re concerned about not being able to replace the check valve on your own, hopefully, this video below will make you more confident.

Your Drain Filter Got Clogged

As you can see, most of the problems associated with the Samsung dishwasher not draining are caused by clogging or something being stuck. Another object that can get clogged is the drain filter. This filter helps prevent clogging of the drain hose by stopping all the solid foods that may flow through.

But, what happens when the drain that works as a preventive mechanism for clogging gets clogged? Naturally, as time passes, this filter is exposed to wear and tear and catches solid bits of food that were cleaned during the washing process. That helps keep the dishwasher long-lasting.

The plaque and food that have been in the filter too long will overflow it and cause it to be less effective at filtering the hard food. Once that happens, the dishwasher will stop draining and will notify users that something is wrong with the draining.

Editor’s notes: This is one of the easiest things to fix. The filter is located at the bottom of the dishwasher so you need to move it and remove the filter, after which it’s off to thorough cleaning. There’s no need to replace anything, you just have to give it a scrub and thorough cleaning.

Once you clean it, you can carefully place it back in the spot and the error codes will disappear. Make sure to drain the water on your own first to make the cleaning easier.

Every dishwasher comes equipped with a drain pump and Samsung dishwashers are no exception. It’s an electrical part of the dishwasher so operation with it should be performed with caution and experience.

This small device is what gets triggered once you press the draining function. All the water that’s been used on cleaning your dishes will be pushed out of the Samsung dishwasher once this pump is activated. But, just like every device, it will start decaying after a while. It uses an impeller to push the water through the drain hose.

After some time, several years this pump may start decaying and eventually become faulty. Whether you’ll need a new pump depends on whether the pump became faulty due to a mechanical malfunction or electrical malfunction.

Editor’s notes: If the pump became faulty due to a mechanical issue, you’ll likely be able to fix the problem on your own. However, you may not have the right equipment to estimate whether the malfunction is electrical or not, which is why you should call a repairman or an electrician.

A way to repair the mechanical issue would be to check whether the pump was clogged or blocked by something. Sometimes plaque or food can get stuck there, causing the pump to stop working.

If the repairman troubleshoots the device with their equipment and finds that it’s faulty you’ll need a new one. Luckily, it’s not a crazy expensive component. If you’re brave enough to replace the drain pump on your own, this video below will help you. Still, we think you should wait for an expert if you’re inexperienced.

Older Samsung dishwashers are still available on the market and they’re equipped with a drain solenoid that helps drain the dishwasher. Similar to the pump, this is also an electrical component, but it has a different function. Instead of pushing the water out, this one holds control of how the water is drained.

Sometimes, a solenoid will clog in a closed position and become faulty. When it’s stuck, it can’t control the way water is drained from the dishwasher and you’re likely to see the error codes that imply the dishwasher can’t drain the water out.

Editor’s notes: Unfortunately, no workaround will help you save your drain solenoid. You’ll have to replace it. It’s usually located close to the drain pump.

This video may not be connected to Samsung dishwashers precisely, but it’ll help you locate the drain solenoid and remove it from the dishwasher.

This is usually the last resort to check before you call the repairman. If your dishwasher isn’t draining and all other components function properly, the inlet assembly likely is to blame. It’s usually small hard food that causes the water inlet assembly to clog up. Fortunately, you can fix it on your own.

You’ll have to remove a few hoses to have easier access to the water inlet assembly. It’s a dirty hands job, but from there you’ll ultimately be able to pull out the stuck food and plaque.

It’s of utmost importance to always check the manual once you assemble your dishwasher to the kitchen. This mistake leads to wrong detergents being used, which ultimately leads to the device getting clogged eventually. This problem usually happens with liquid detergents, as many people don’t know that most Samsung dishwashers work with powder detergents.

Editor’s notes: There are two things that you can do in this case. Either use powdered detergent or don’t put too much of the liquid one in the filling container.

Also Read: 10 Worst Dishwasher Brands to Avoid at All Costs! 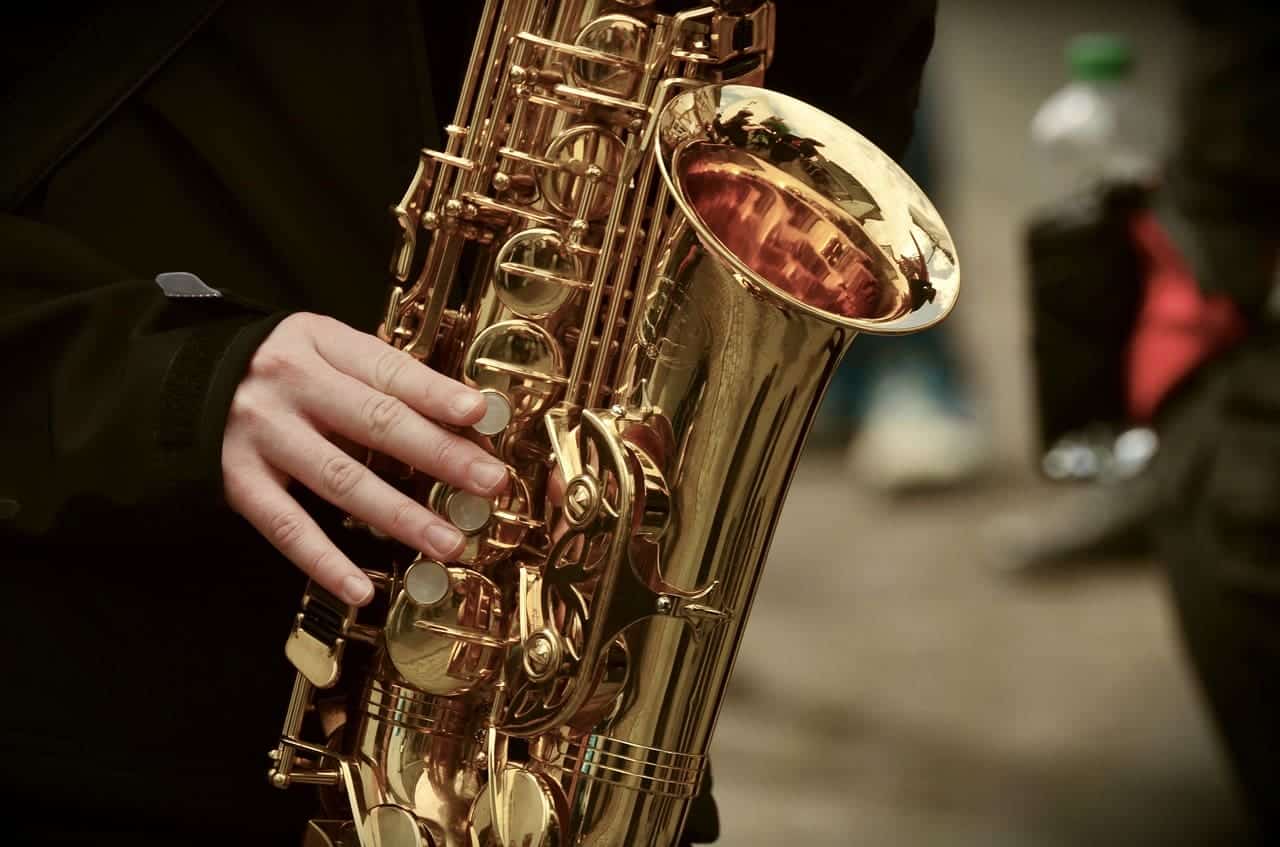 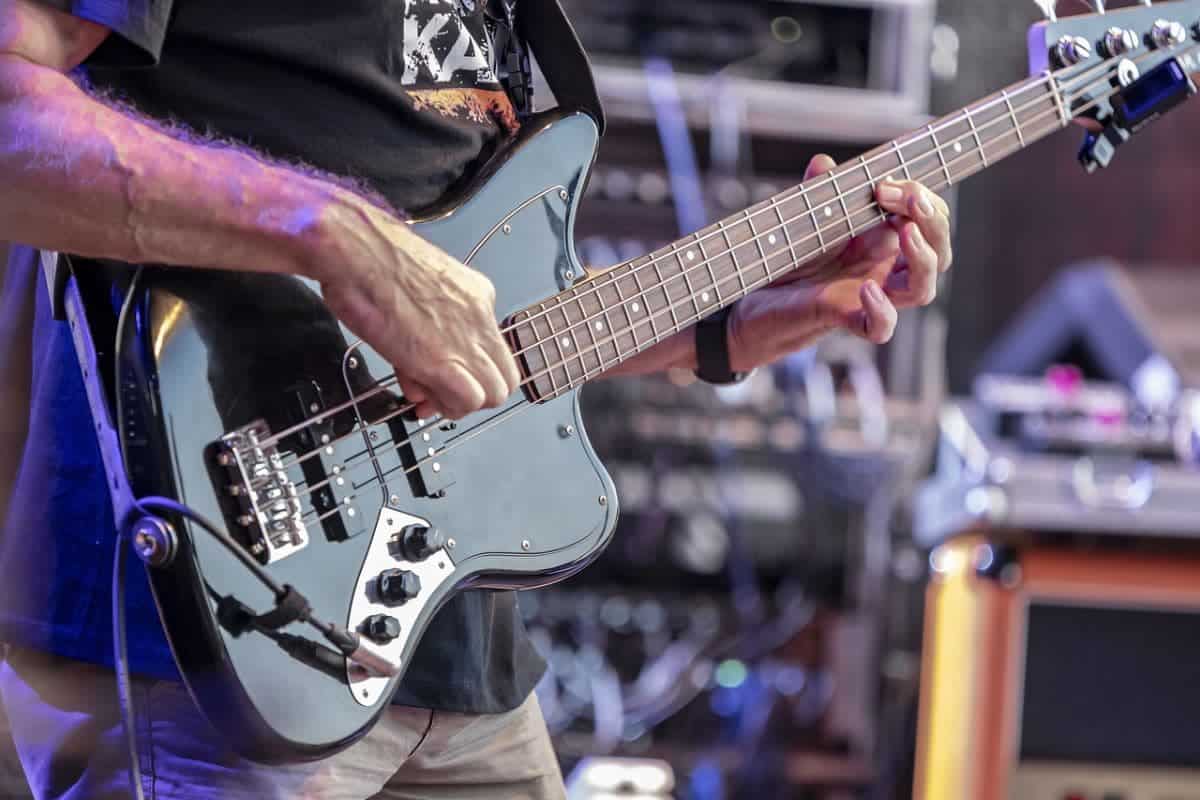 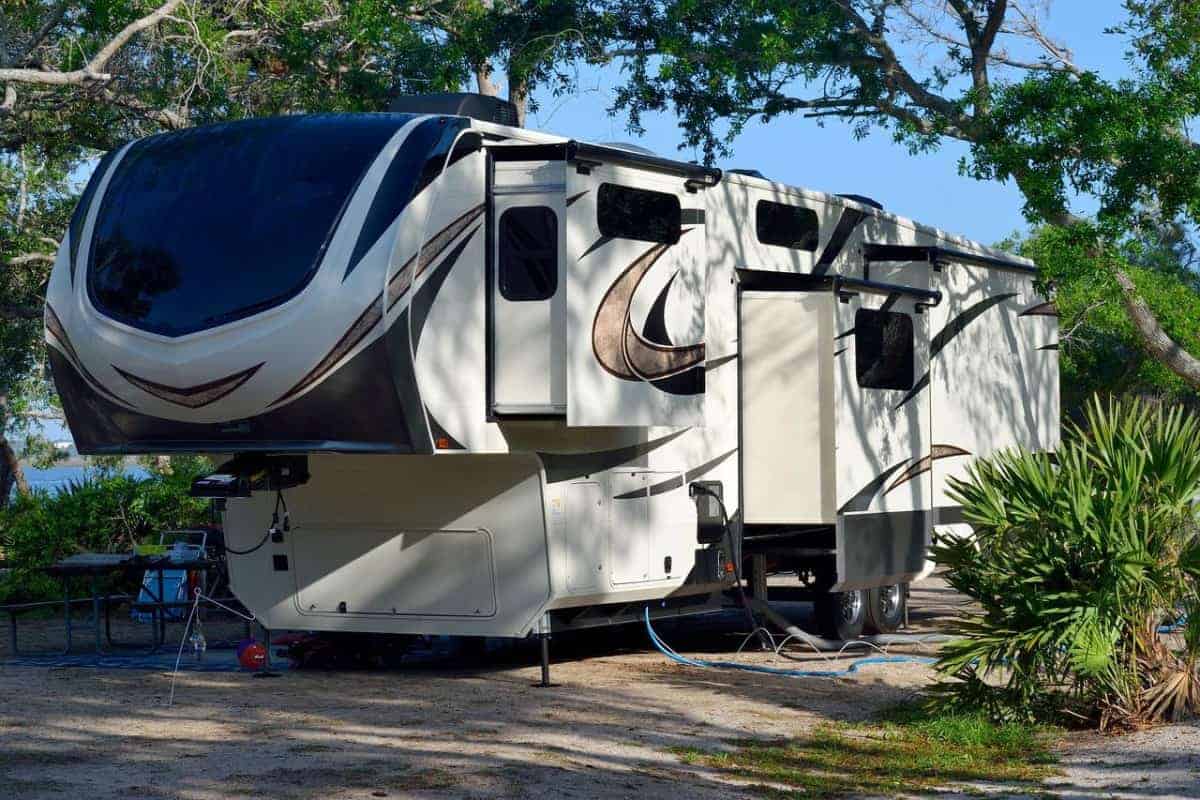 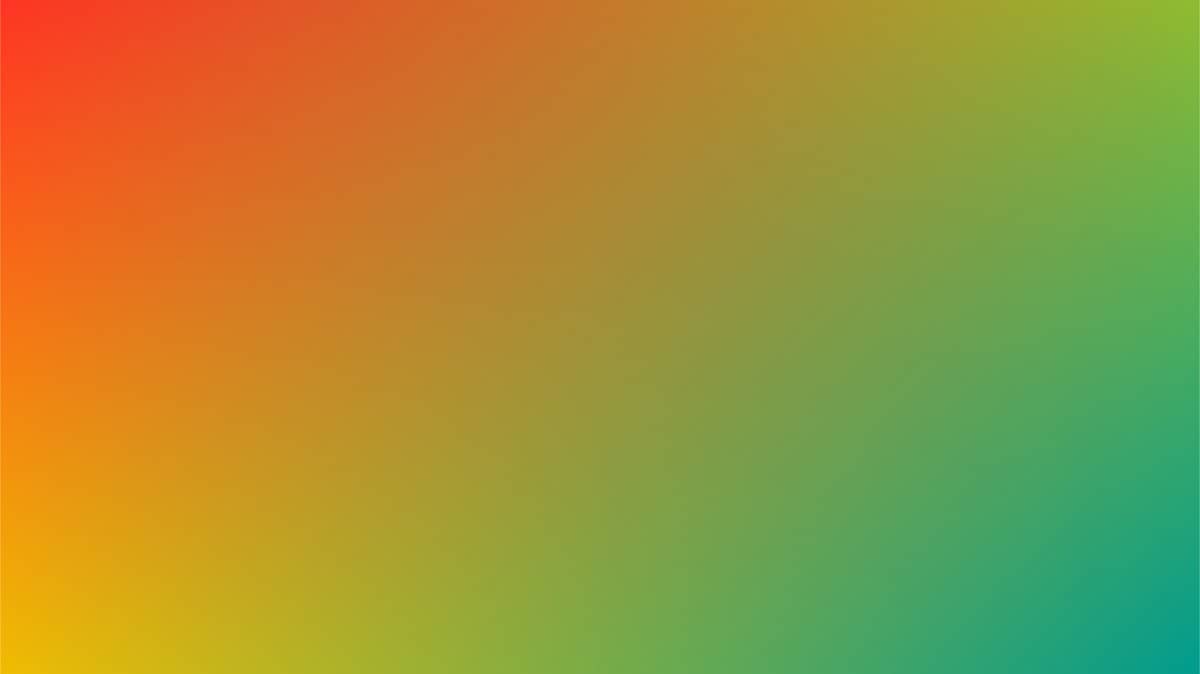